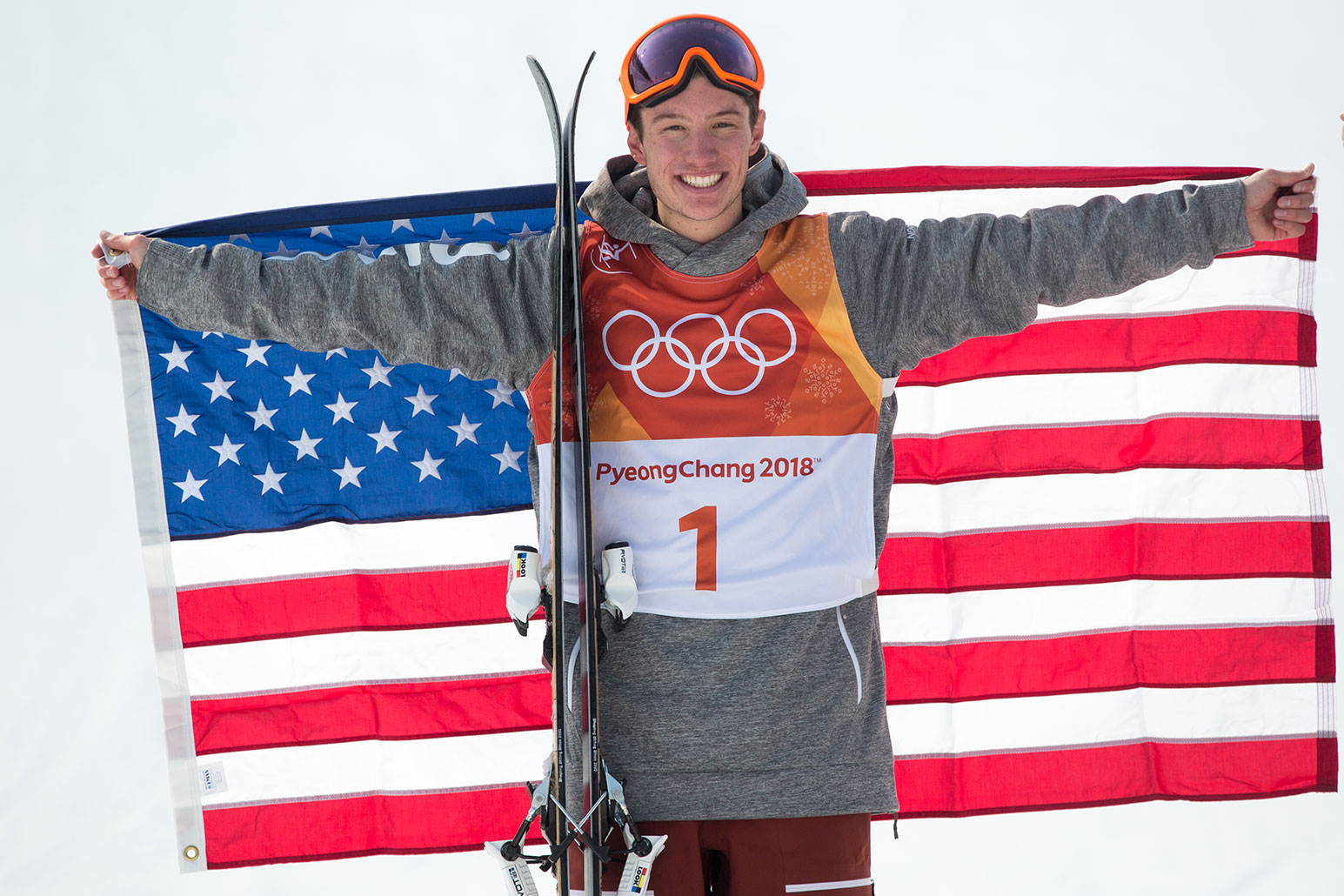 This is my second blog post so I figured that the next best place to start was where I left off. I spoke about opening ceremonies in my first post and now I’m going to talk about the actual competition at the Olympics. After the Opening ceremonies there was a three day training camp scheduled at a resort in Japan called Aomori Spring. I showed up and was prepared to ski halfpipe in light of the upcoming contest. Little did I know that in the 72 hours I was there it would not stop snowing for more than 10 minutes… It was blower pow and no one on the resort to enjoy it but the the US Team. I would ski powder by day and park by night under the lights, then finish with a nice onsen (Japanese hot tub). It was incredible to interact with everyone at the resort, especially the staff. Alex, Dai, and Xinny will forever hold a special place in my heart for going out of there way to help us with anything. The resort owner (Edan Park) and I hit it off immediately and have remained friends to this day. In fact I went back to Aomori Spring in September for two weeks with some friends to play golf at their amazing Arnold Palmer course but, that’s another story. I filled up on my hundredth bowl of ramen and was back on my way to Korea for the main event! 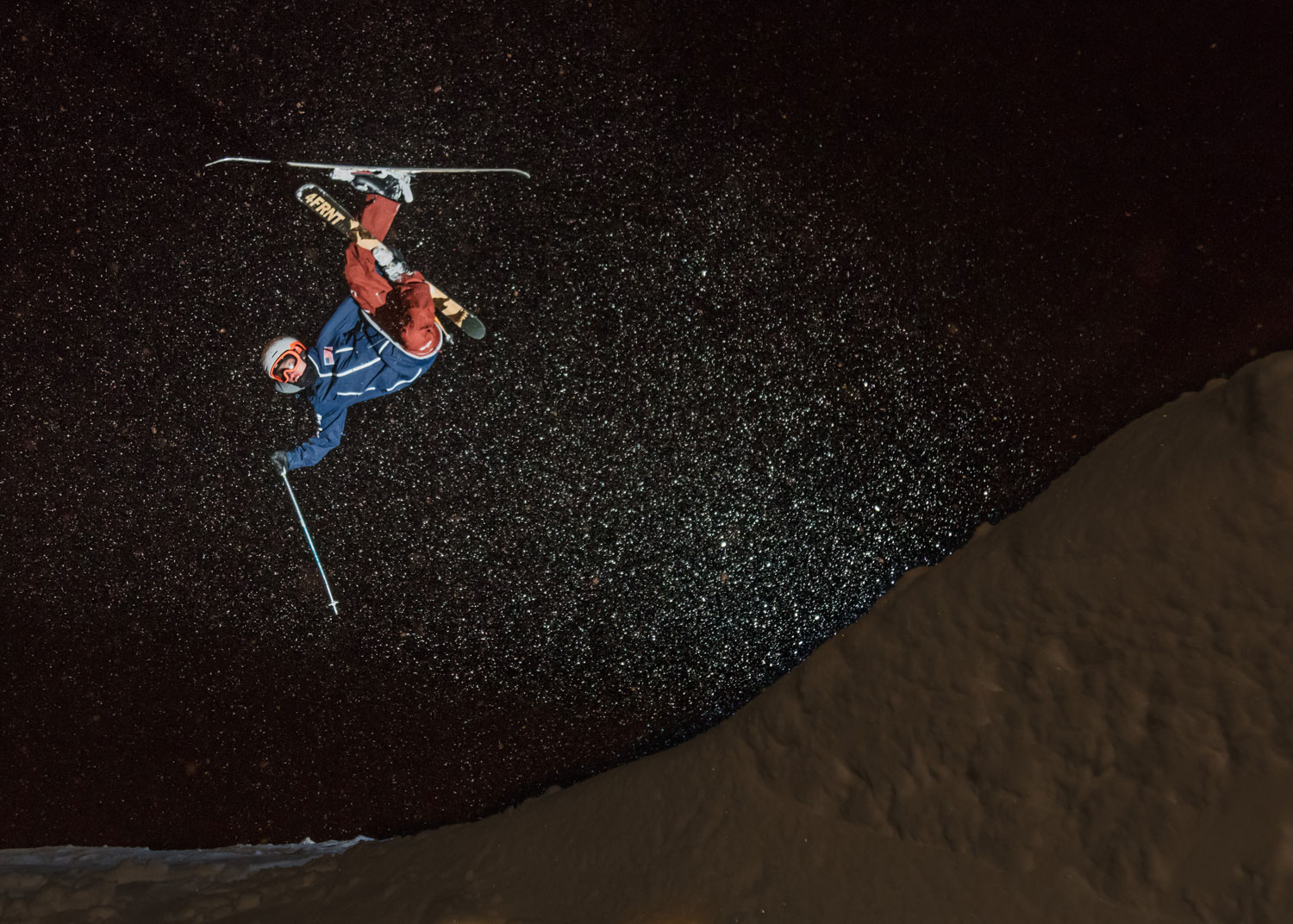 I was having a dandy time, but I also had to remind myself that I was there to complete a task so I mainly kept to myself for the remainder of the 3.5 weeks I spent there. We had THREE days of training. Each Training session was three hours long. Elana and I devised a plan for training and we executed perfectly. The first day of training would consist of five runs. Two straight air runs, two singles runs, and one run with my two most comfortable doubles. The second day of training was exactly the same format with the exception of doing my two most uncomfortable doubles. The third day of Training was very different because I was going to throw my switch double cork 1080 japan and I had not done this trick in over four years… I watched tons of video, visualized for hours, and just like that I whipped it around perfectly to my feet! 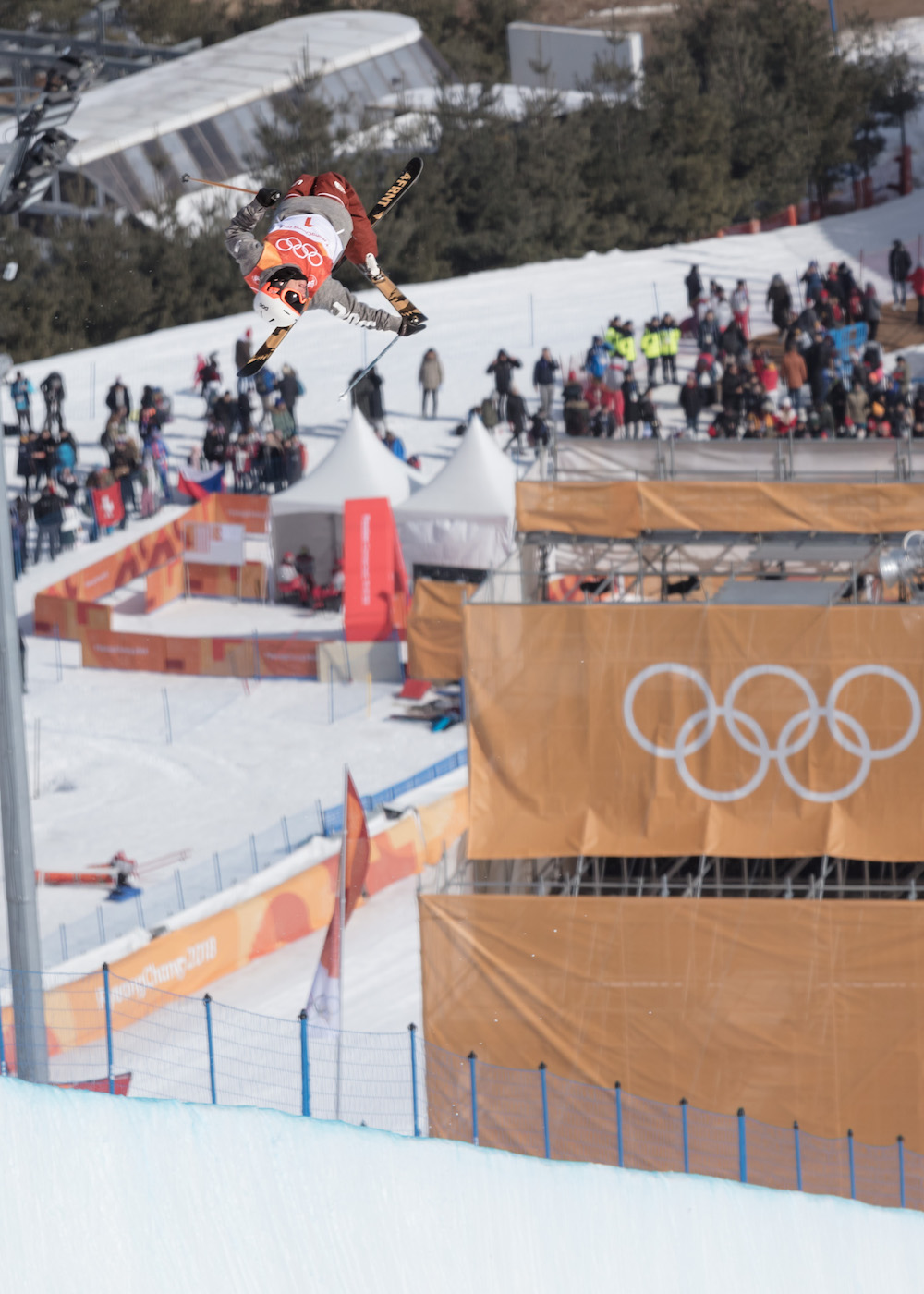 Then we had qualifications. One of the most nerve wracking days of my life. I was on the bus ride from the Olympic village to the venue and I couldn’t stop thinking that all of my family and best friends just flew halfway across the world to watch me perform… I better land a run today. I think that paramount of pressure that I put myself under made me qualify into the finals. I managed to qualify second into finals right behind Aaron Blunck in first and Aspen Native, Torin Yater-Wallace in third. It was a great day, but for me it was onto the next which was finals.

The morning of finals was dark and cold. We arrived at the venue and I stood in front of a space heater on full blast for 20 minutes straight. That heater saved my life. It was time to suit up and get out there. This was the moment that everyone had been waiting for. I took five training runs in the practice session before, two straight air runs and three singles runs. I didn’t throw one double in training and I was about to attempt five doubles in one run… Right before I dropped in Torin and I gave each other a hug. He wished me well, and I reciprocated. It was a special moment that I will never forget. It reminded me that no matter what happened I would still have my friends, my family, and my town by my side. I took my run and posted a score of 92.60! Woohoo, now thats what I’m talking about. 20 minutes went by and I was on deck for run number two. My plan was to attempt an all doubles run for the first time in history. I grabbed my poles, fist bumped Elana (my coach), and took a deep breath. It was my time to shine. Boom, history was made. I did it. I had been thinking of that run for four + years, put in countless hours of training and I landed it first try. That run earned a score of 96 points flat. It wasn’t over yet though. I went back up for my third and final run. I spoke with Elana and the plan for this particular run was to get more amplitude. Amplitude we got, It was by far the the most height I have ever gotten and it was the best run that I have ever landed. A score of 96.60 appeared on the jumbotron. Good enough for second place. It was one of the happiest and most proud moments in my life. I prepared long in advance for this day and all came together. I took 36 runs total in that halfpipe. I only fell once and messed up one training run in all five days that I had skied the Olympic pipe. “Victory Lies within preparation”. Elana came down the middle of the pipe and hoisted me up to get our classic photo together after a podium finish. My friends and family jumped the fence into the finish coral and it was spectacular to say the least. I gave everyone hugs and kisses. I couldn’t believe the most special people in my life were there to celebrate such a fantastic victory with me.

Opening Ceremonies at the 2018 Olympics

A Dream Come True: Winning the Gold at X Games
Scroll to top