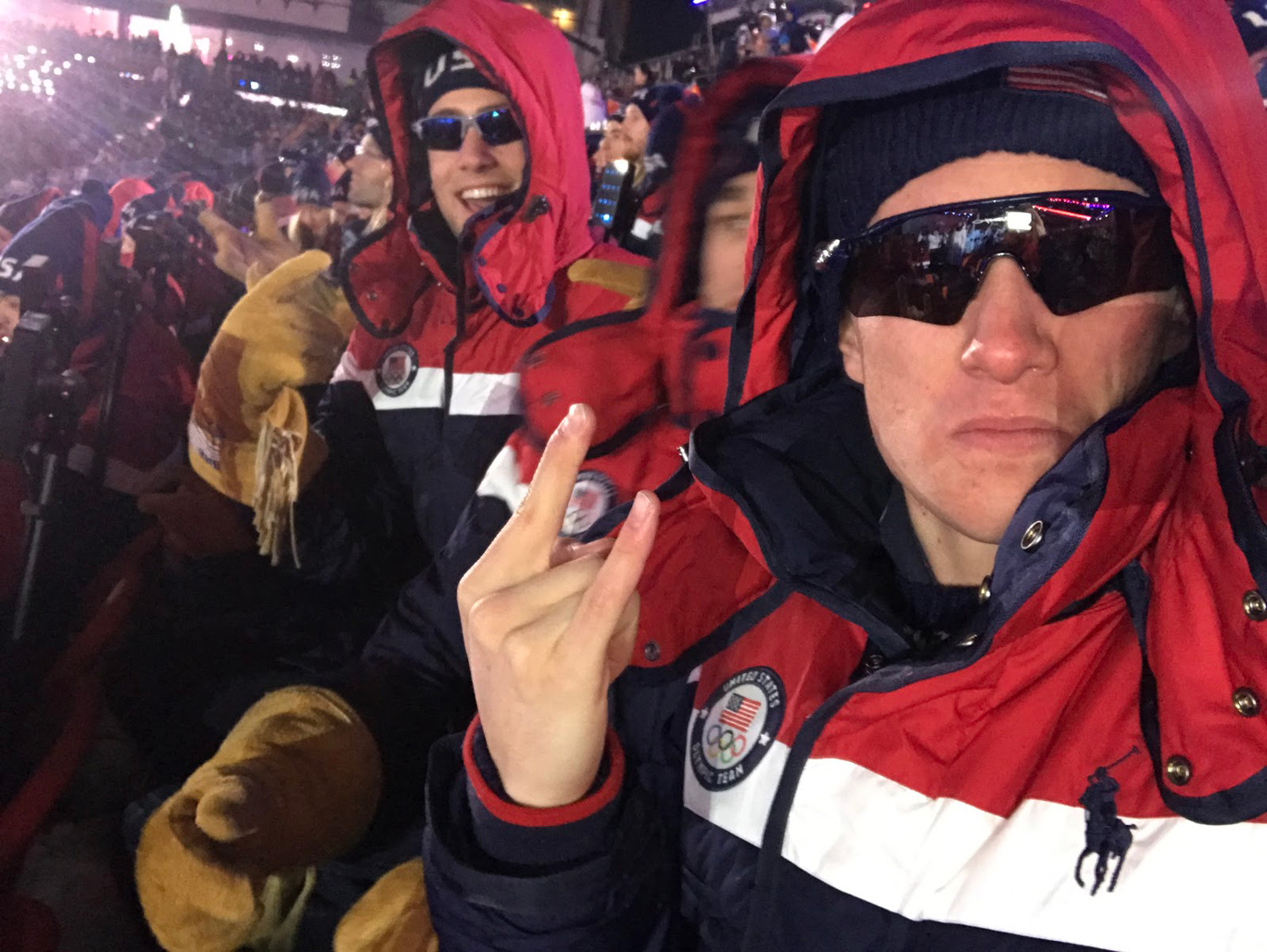 Didn’t know where to start for my first blog post so I figured the Olympics is at least something of good substance to talk about so here we are. The Olympics were created around the 8th century BC. The modern day Olympics was first established in 1896 in Athens, Greece. Furthermore the first “Winter Olympics” was held at Chamonix, France in 1924. There is a long lineage of history deriving from this sporting event. It brings countries all around the world together cheering for their nation and their favorite athletes. I was fortunate enough to attend the 2018 winter Olympics in Pyeongchang. Not only was it a special event to attend for my personal self, but even watching this Olympics on TV was special because for the first time since the 1950’s two countries were brought together above their social and political differences through love and passion for sport. I watched North and South Korea walk into opening ceremonies holding hands. They walked in the stadium under one united flag, one Korea. It was truly spectacular to watch and be apart of. It felt as if all of this hatred and ill will between the two countries was instantly washed away with a tsunami of love and happiness. I will never forget that moment and that feeling laying in bed later that night after witnessing opening ceremonies.

My opening ceremony experience was even more crazy because the whole (halfpipe) team with the exception of David Wise decided to opt out of this amazing experience to attend a training camp in Japan with hope to get some relaxation and great training before this monumental event. Totally understandable, but was not happening in my case. I was forced to go out of my comfort zone and meet new people and athletes. I remember before you walk out and represent your country in the stadium all the different nations with their respected athletes “hang out” in this giant tent awaiting their big moment! During this time a now close friend of mine (Alex Hall) and I started bartering and trading with other athletes for their nation’s pin. Each country has a certain number of pins made for each athlete to trade with other nations. We were running around like crazy people trying to acquire the most coveted pin of all. The “Jamaican Bobsled pin”. We scoured the tent and finally ran into the Jamaican team. After minutes of haggling for this pin we were lucky enough to trade and acquire this awesome pin. We even got an epic picture with them!

After we this photo we went back to our USA chanting family and started to walk out of the tent and on to the big stage. As we entered the grounds of the stadium the song “Open Gangnam Style” blasted into our ears making the night that much more special. (Alex Hall) and I put on our “speed shades” and entered the stadium cool as cucumbers. This unbelievable energy or aura if you will was radiating through the stands and I remember looking at Alex and being so thankful and proud of this moment. A sense of hubris crawled over and under my skin as we walked our nation’s lap around the stadium. We were decked out in this beautiful Ralph Lauren kitt all matching all as one. The United States of America, under one flag, in one outfit, in one mindset. No one was better than anyone, we were all on the same level playing field and everyone was truly happy.

We proceeded to take our seats and enjoy the rest of the show. I cannot say enough good things about the people and culture of Korea. The time and passion it must have taken to put the whole opening ceremonies together is unimaginable. They had every fine tuned detail in order and presented it beautifully.

I then took my goodie bag and got on the bus back to the Olympic village and went to sleep. It was difficult to sleep with the sensory overload that my brain was trying to process all at once. I layed there in my little bed as if I were back at summer camp as a young boy. It was a very humbling experience and I was just so grateful that I was able to attend such a one of a kind event. I thank the nation of South Korea for an experience that was so beautiful it is difficult to fully put into words.